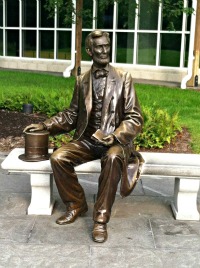 I absolutely love going to Gettysburg National Military Park, especially on off times. To be where my ancestors fought, to understand the struggles they faced, and to walk where they walked, is such a sobering experience.

I am not a Historian nor a expert on Gettysburg Military Park. But, I felt I definitely needed to share a little with you about this wonderful hallowed ground which is a huge turning point in American history. There is so much information I didn't even know where to start. So I decided I would share with you a few of the things that just really stuck out to me on one of my visits. In the future I will add to the page and certainly share some other blog posts about Gettysburg National Park on my Facebook fan page page. 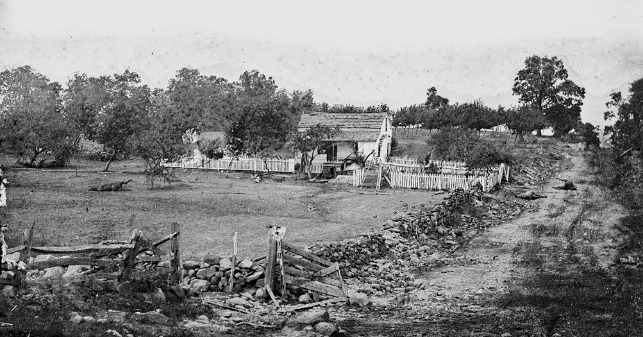 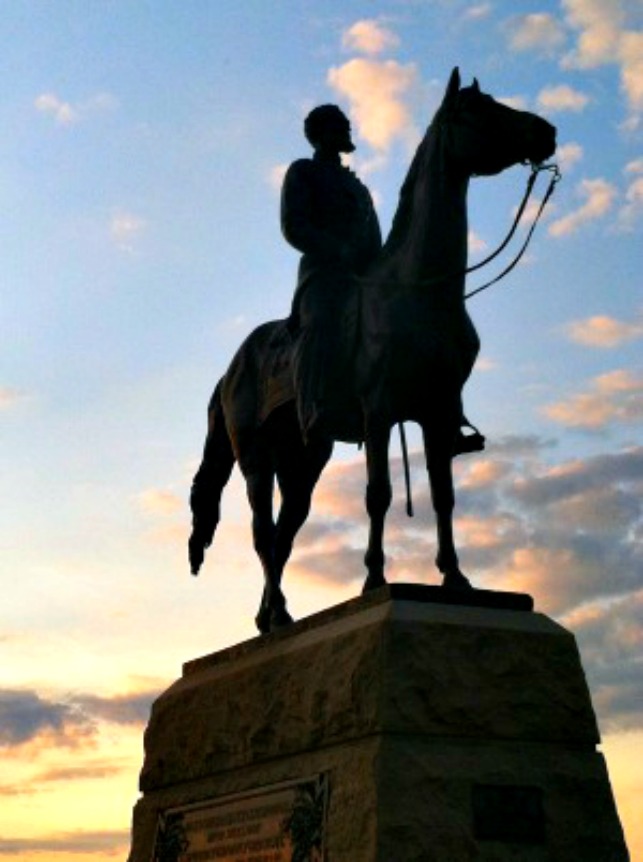 General Meade took command only three days before the battle of Gettysburg. At the battle of Gettysburg Lee's army attacked Meade's men. But Meade's men fought back and overcame their attacks. Meade held a strong defensive position. Lee's army later retreated into Virginia. And he was criticized by president Lincoln for not fighting more aggressively and letting the confederates escape. 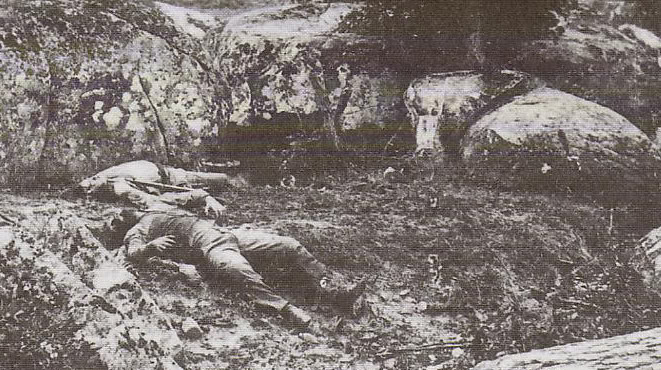 Day two saw some of the fiercest fighting. I wanted to show you the before and after photos of the Slaughter Pen. The first photo above of the slaughter pen is right after the war. The second I took in 2012 in the Gettysburg National Military Park. If you look carefully at the rocks you can see about where the bodies would have been of the fallen soldiers.

Two of Benning's Confederate regiments, the 2nd and 17th Georgia, moved down Plum Run Valley around Ward's flank. They received murderous fire from the 99th Pennsylvania and Hazlett's battery on Little Round Top, but they kept pushing forward. Capt. Smith's New York battery was under severe pressure from three sides, but its supporting infantry regiments were suffering severe casualties and could not protect it. Three 10-pound Parott rifles. were lost to the 1st Texas, and they were used against Union troops the next day.

Birney scrambled to find reinforcements. He sent the 40th New York and 6th New Jersey from the Wheatfield into Plum Run Valley to block the approach into Ward's flank. They collided with Benning's and Law's men in rocky, broken ground that the survivors would remember as the "Slaughter Pen". (Plum Run itself was known as "Bloody Run"; Plum Run Valley as the "Valley of Death".) Col. Thomas W. Egan, commanding the 40th New York, was called on by Smith to recover his guns. The men of the "Mozart" regiment slammed into the 2nd and 17th Georgia regiments, with initial success. As Ward's line along Houck's Ridge continued to collapse, the position manned by the 40th became increasingly untenable. However, Egan pressed his regiment onward, according to Col. Wesley Hodges of the 17th Georgia, launching seven attacks against the Confederate positions within the boulders of Slaughter Pen and Devil's Den. As the men of the 40th fell back under relentless pressure, the 6th New Jersey covered their withdrawal and lost a third of its men in the process

The above two paragraphs are an excerpt from Devil's Den: A History and Guide 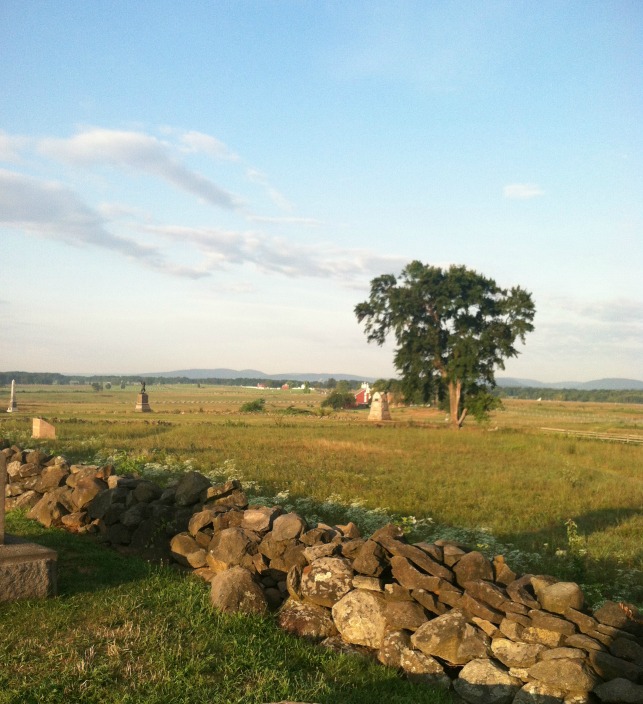 July 3, 1863 General Lee made his last greatest attempt. He had his men go over 1 mile of open field. I can only imagine the fear that went through the minds of the soldiers as they marched over this field to seal their fate. This area of the Gettysburg National Park battlefield is called the Angle. The reason this area is called the Angle is because the stone wall forms a ninety degree angle here. After the war was over veterans from both sides of the war would meet here and shake hands with each other. Not clearly because of distance not to mention the photo is not of uber quality, but you can also see in this photo, The Seventy-Second Pennsylvania Volunteers Monument, California Monument, and Codori farm.